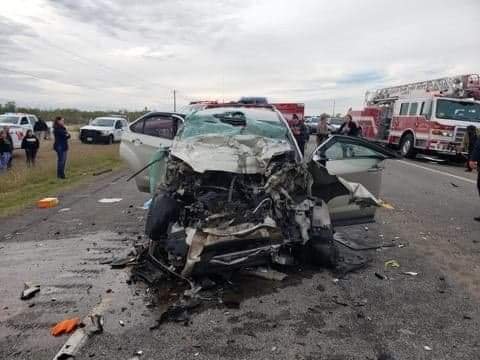 The victims of the fatal motor vehicle accident that occurred on Tuesday, November 12, have been identified.

The young 18-year old females are reported to be the late Isel Garza and her twin sister Yanel Garza.

A motor vehicle accident was registered on Tuesday at approximately 4:00 pm when a 2014 Chevrolet Envoy struck an 18 wheeler truck from behind at a high rate of speed.

Both sisters were severely injured in the accident and had to be transported to the hospital for emergency treatment.

Isel Garza tragically lost her life after she had arrived at the Fort Duncan Regional Medical Centers Emergency Room.

Her sister Yanel was transported to a San Antonio TX hospital for treatment. She is reported to be in critical condition.

The accident is under investigation by Texas Department of Public Safety.

By Luis A. Ruiz in News on November 13, 2019.
← Two persons injured after crash with 18-Wheeler Update on Yanel Garza after crash →