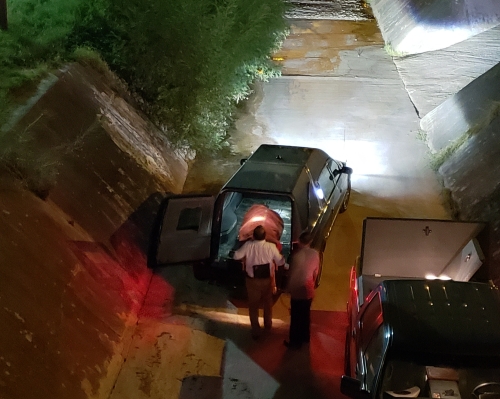 The body of a deceased person was found in the downtown area of Eagle Pass, Monday night.

Eagle Pass Police Department officials responded to a call reporting a possible deceased person in an area in close proximity to the Garrison St. overpass.

Police officials responded to the area at approximately 8:27 pm and found a deceased individual under the Monroe St. bridge near the Garrison St. Overpass.

It’s believed that the individual fell into the Canal area sustaining frontal facial and cranial injuries that could have led to his unfortunate death,

EPPD Detectives and Ranger Joe Sanchez are working diligently to gather evidence that will help determine the individuals’ cause of death.

At approximately 9:30 pm Maverick County Justice of the Peace Tere Melendrez arrived and declared the individual deceased as required by law.

JP Melendrez did identify the deceased person as a male adult.

An investigation is currently being conducted to find out what caused Mr. Duque’s death

Personnel from Memorial Funeral Chapel arrived and took possession of the body and could possibly transport it to Laredo, Texas for an autopsy to be conducted.